Editor's Note: Some comments and quotes were lightly edited for length and clarity.

It’s unlikely you’ll ever meet a person whose life hasn’t been impacted by cancer in some way.

In 2022, there will be an estimated 1.9 million new cancer cases diagnosed and 609,360 cancer deaths in the United States.Cancer Facts & Figures 2022, American Cancer Society, 2022 Although cancer researchers are working tirelessly to discover and develop new-and-improved treatments to prevent and cure cancer, that research doesn’t come cheap.

That’s where Pelotonia pedals in.

Founded in 2008, Pelotonia hosts a three-day experience as a centerpiece of its year-round fundraising efforts for cancer research.The Ride, Pelotonia, 2022 Notably, 100% of all participant-raised funds go toward cancer research at The James Cancer Hospital and Solove Research Institute — the third largest cancer hospital in the nation. Those funds specifically support the exploration of high-impact breakthroughs, Pelotonia’s Fellowship Program for young innovators, immuno-oncology investments and prevention and early detection methods.

2022 is CoverMyMeds’ ninth year supporting the cause — and it’s a big year, too. As of publishing, our employees have totaled $1,015,191 fundraised for cancer research via Pelotonia. Of course, that million-dollar milestone wouldn’t have been possible without the devout efforts of our riders — particularly four of this year’s Team CoverMyMeds leaders: James Adgate, Laura Wallace, Hank Sway and Amanda Jenkins.

“There’s an immense amount of people I’ve met who’ve been affected by cancer. I lost my grandma to cancer in 2014, then I lost my dad to cancer in 2015. I also have friends who’re lucky enough to have survived cancer. My dad was able to live with stage IV cancer for a year — would that have been possible without the research? And research doesn’t come free. Pelotonia is a cause that hits home for so many.”

Amanda Jenkins, senior HR business partner, served as CoverMyMeds’ leader of the development and fundraising committee for Pelotonia. As such, she helped plan our annual Live/Silent Auction, which took place in early August. During the event, employees could bid on items and experiences including a stone-fired pizza experience, tickets to the Bourbon & Beyond music festival in Louisville and even a custom 12-inch-by-12-inch oil painting of their choice.

“Shortly after I started at CoverMyMeds five years ago, I saw the hype around the Live/Silent Auction and thought, ‘Where do I work and what is going on?’” Amanda said. “The next year I decided to get involved, but I didn’t have a bike and I didn’t want to ride alone, so I joined Team CoverMyMeds with a coworker and haven’t looked back.”

Beyond the Live/Silent Auction, Amanda helped plan three other employee events to raise money — a volleyball tournament, a car wash and a dip-off competition. And, of course, she also committed to ride 20 miles from Columbus to New Albany on Saturday, Aug. 6, which required a fundraising committment of $1,250.

“It can be really intimidating for employees to see that number and think, ‘Man, I can’t do that,” Amanda said. “But CoverMyMeds provides employees with so many fundraising opportunities, and McKesson also matches every donation dollar for dollar through its Matching Gifts program. Next year, my goal is to pay for my entire ride through McKesson’s match.”

“Every one of my grandparents has been touched by cancer, also my husband’s grandparents — that, of course, has trickled down to impact my own life. I don’t consider myself a cyclist by any means, but I ride with Pelotonia because 100% of its fundraising goes toward cancer research. I would love for my children to grow up in a world where they never have to say goodbye to somebody due to cancer.”

You don’t have to be an athlete to participate in Pelotonia — you don’t even have to train. The adrenaline alone will keep you going.

Like Amanda, Laura Wallace, specialty pod lead and 2022 co-captain of Team CoverMyMeds, also committed to ride 20 miles this year. Laura is a self-proclaimed “non-cyclist” — and that’s perfectly fine, she said. Her goal as co-chair was to get people excited about Pelotonia and entice them to participate, no matter what that looks like.

“You don’t have to be an athlete to participate in Pelotonia — you don’t even have to train,” she said. “The adrenaline alone will keep you going. But if you don’t want to step foot on a bike, you can choose to be a challenger or volunteer, instead.”

Challengers — formerly known as “virtual riders” — can create their own activity to raise money for cancer research, and there’s a $100-minimum fundraising commitment with the opportunity to set higher fundraising goals. During the COVID-19 pandemic, for example, Laura’s challenge was to walk 100 miles with her 2-year-old son throughout the summer. Together, they crushed it.

Conversely, Volunteers don’t have a fundraising commitment — although it’s always welcome. Instead, they can support Pelotonia’s Ride Weekend by assisting with catering services, handling the setup and organization of bike racks and providing first aid assistance along the route. Volunteers can also create a profile, share stories and use the same fundraising tools as Riders and Challengers.

Of note, Team CoverMyMeds had 16 Challengers and volunteers in 2022.

“My dad was diagnosed with lung cancer a week before my daughter was born in 2018. I had already been riding Pelotonia, but losing him made the event even more meaningful. It’s through research that we’re going to figure out how to cure cancer — it’s an achievable goal, but certainly not an easy one. I won’t bank on it being solved during my lifetime, but I hope during my daughter’s lifetime cancer won’t be what it is today.”

Training together is a great way to meet coworker friends

“I’ve done Ride Weekend since 2017,” Hank said. “When I was interviewing at CoverMyMeds, my No. 1 question was, ‘Do you guys have a Pelotonia team?’” Hank said. “I did road-bike racing in college, and I’ve been an avid cyclist for a long time. Doing Pelotonia every summer makes it easier to justify to my wife why I need to go out and train with long, solo rides.”

In addition to his long, solo rides, Hank also helped plan after-work cycling sessions with his coworkers along the Olentangy Trail behind CoverMyMeds’ Columbus campus.

“Last year, when I was new, Pelotonia was a great way to meet people at CoverMyMeds — particularly my fellow product managers throughout the organization,” Hank said. “Many of the coworkers I consider close friends are people I’ve met through Pelotonia.”

In 2022 — Hank’s 6th year participating in Pelotonia — he completed his first two-day ride, covering a total of 140 miles on Saturday and Sunday of Ride Weekend.

“Pelotonia is something I’ve personally benefited from. I was diagnosed with testicular cancer in 2014 and was treated at The James for close to a year — even now, I go back for checkups. That experience was a major wakeup call to take my health more seriously. So, when I learned about Pelotonia, I had to get more involved. It’s my favorite weekend of the year. Blood, sweat and tears — literally — go into Pelotonia, and everyone has a reason for why they ride.”

Pelotonia is an emotional experience. Everyone has a story that pushes them past the finish line.

Planning and pedaling is a group effort, but well worth the rewards

Another rider who pedaled 100-plus miles is James Adgate, a tier II technical specialist and this year’s Team CoverMyMeds captain. As captain, James was the liaison between Pelotonia event coordinators and our company’s participants. He also helped oversee the organization of Team CoverMyMeds’ three committees: employee engagement, training and rider preparedness, and development and fundraising.

“So many incredible people are involved with Pelotonia — not just at CoverMyMeds, but also in Columbus,” James said. “It’s a group effort to make Ride Weekend a success. If you ride once, it’s easy to understand the sentiment behind why people participate. Pelotonia is an emotional experience. Everyone has a story that pushes them past the finish line.”

At CoverMyMeds, our company’s mission is to help people get the medicine they need to live healthier lives, and that includes cancer therapies. It’s for that reason we’re proud to participate in Pelotonia every year, and we’re especially excited to celebrate this year’s major milestone of fundraising more than $1 million over nine years for the cause.

Riders, challengers and volunteers have until Saturday, Oct. 1 to raise funds for Pelotonia 2022. And shortly after, Team CoverMyMeds will begin planning for 2023’s Ride Weekend. If you’re a CoverMyMeds employee who’d like to get involved, simply join the company’s #cmm-pelotonia channel on Slack or reach out to James for more information.

Want to work at CoverMyMeds and join our Pelotonia team? Apply for an open position today! 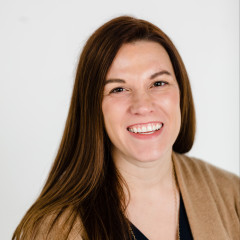 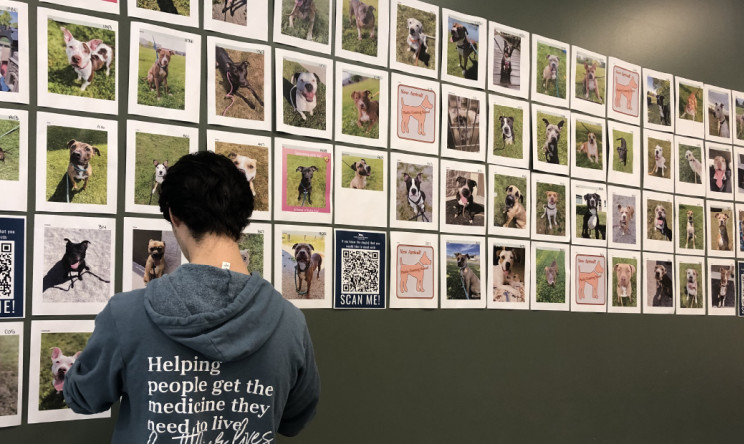 Meet the CoverMyMeds Employees Who Gave Back Big-Time in 2022 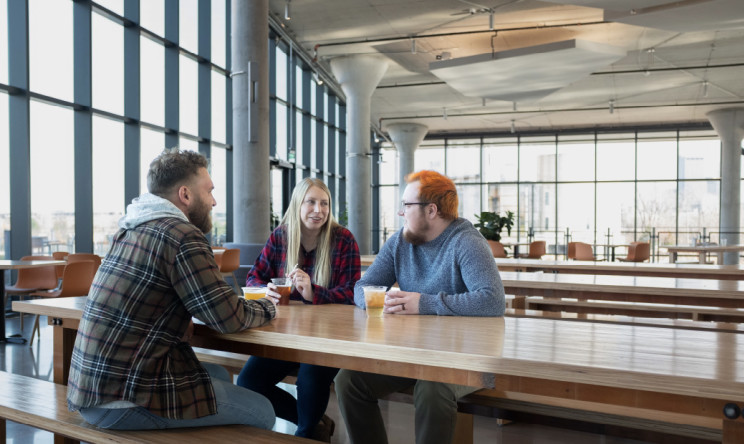 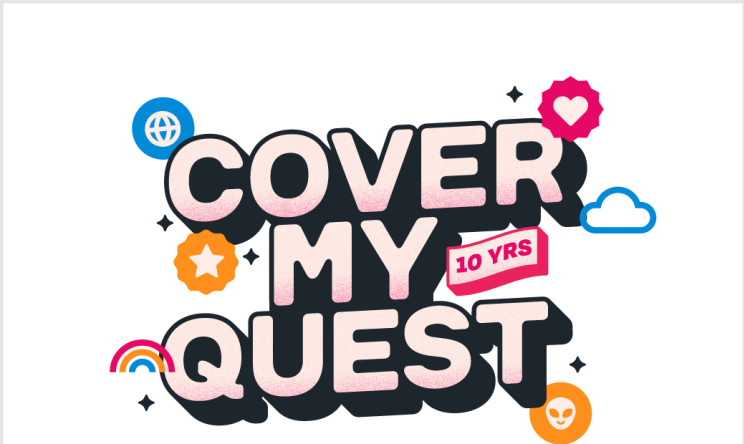